The love story genre is the staple movie genre of the Bollywood industry. It's been defined, redefined and revolutionized, repeatedly. What's often overlooked in preference for love stories, are the plethora of other human relationships that exist in life. Bollywood often gets those relationships wrong.

Karan Johar's 'Ae Dil Hai Mushkil' dares to create a story around one of those overlooked and inaccurately depicted relationships; that of friendships. 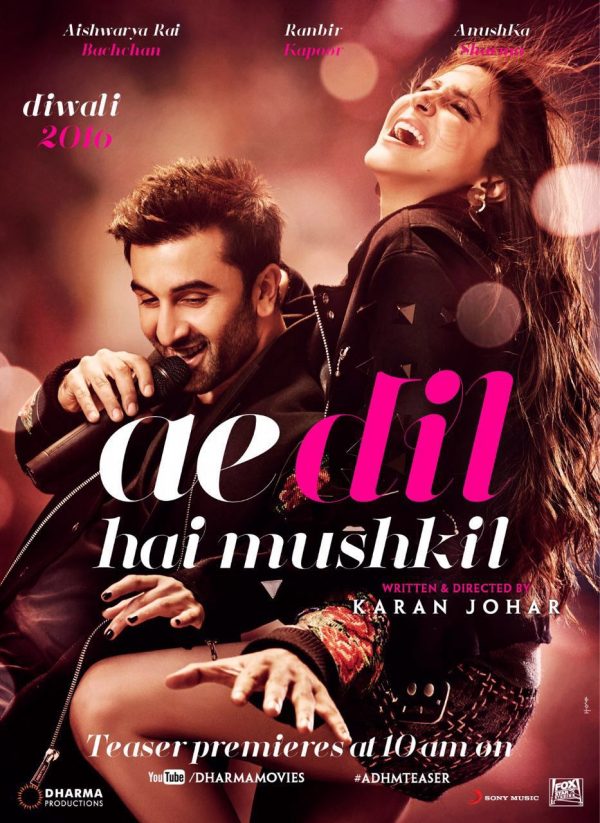 The premise of 'Ae Dil Hai Mushkil' is pretty conventional and a story we've seen before, but it's only skin-deep. Awkward but handsome Ayan (Ranbir Kapoor) locks eyes with Alizeh (Anushka Sharma) at a party and proceed to 'hook up', as the kids say, in a room upstairs. The uncomfortable cute-meet is disrupted as Ayan is awkward even in making out, preventing things from going any further. The two talk, decide to go pub hopping, thus embarking on a pretty cool and weird friendship with one another.

One thing to mention during all this: When the two meet and start making out, almost immediately they reveal that they're both in relationships. Neither of them flinch at the revelation, nor is it ever mentioned or called out during the remainder of the movie. It's kind of jaw dropping that our main leads are introduced in a way that makes you realize was not just uncomfortable, but that they were basically cheating on their respective significant others. And Karan Johar treats it very much as a casual and commonplace occurrence. Awesome! 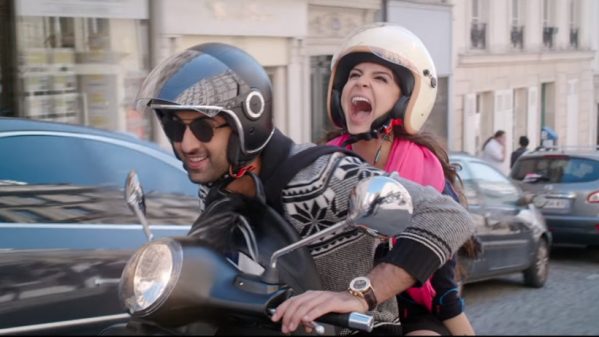 The friendship is a whirlwind one, as they both have great moments together, imitating Bollywood songs on snowy mountain tops, but things also get emotionally revealing as they share many beautiful, but most importantly, platonic moments of friendship together. You can see where this is going. He loves her. She does not.

Karan Johar does an incredibly tactful job of taking us down familiar roads with plot points that aren't ground breaking, but their eventual destination is unlike anything that's been explored in a Bollywood movie thus far.

The concept of one-sided love was touted in all the trailers of 'Ae Dil Hai Mushkil' as being the premise. But it actually has very little to do with love of the romantic kind in any way whatsoever. This is a story about friendship; the platonic, non romantic friendship that in many ways mean more than the romantic kind. Johar redefines this relationship to give us a story that is frustrating, enraging and heartwarming as hell.

All cylinders are firing in 'Ae Dil Hai Mushkil', from both on and off camera. Ranbir Kapoor's Ayan is the love lorn hero, which is almost an archetype of every romantic Bollywood hero every portrayed on screen. He is persistent in his proclamations of love, dramatic in his rejection, in denial of the reality and ironically, too immature to even maintain a romantic relationship when he does find himself in one. 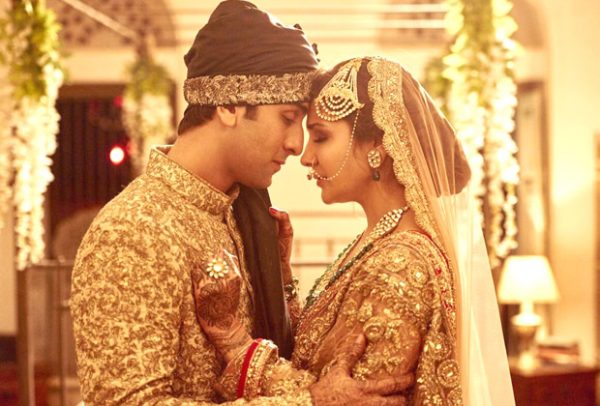 Most of the negative reactions I've heard about 'Ae Dil Hai Mushkil' seem to stem from the portrayal of Ranbir's character. However, the problem that people had about his character, was completely intentional. Ayan is meant to be every petulant and impulsive hero who falls in love at first sight, undervalue the feelings of his heroine, ignore her actions and act out when told 'no'. His character is meant to portray the stark contrast between the irrational Ayan and the emotional wreck, but a helluva lot more sensible Alizeh.

The depictions of women in 'Ae Dil Hai Mushkil' are remarkable. Anushka Sharma plays Alizeh as an unapologetic emotional mess that never feels remorse or regret for her journey in life, despite how many mistakes she makes along the way. She is headstrong and accepting of life's left turns. In many ways Alizeh is the archetype of what every Bollywood heroine should be. Especially when she spurs Ayan's advances at every turn, choosing to be on her own and defying the conventional Hindi movie's conformity (and society in general if you think about it) of having to pair up the lead hero/heroine as a romantic couple. 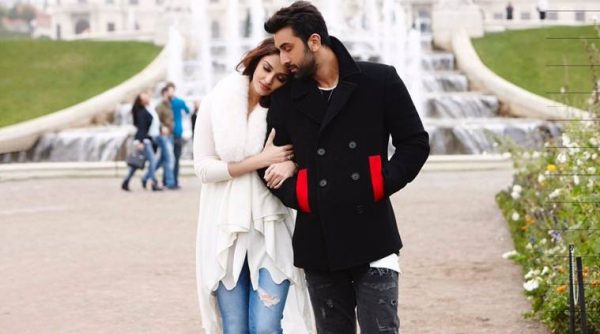 The surprise element here is Aishwarya Rai Bachchan, as the more experienced love of Ayan's life, at a time when he is devastated from his one sided love affair. It's no secret that I have my issues with Rai Bachchan, but her performance in 'Ae Dil Hai Mushkil' has to her best in her entire career. Rai Bachchan's Saba is assured, confident and sensual while still invoking vulnerability and a sense of self that completely redefined the role of an actress in a 2 heroine movie.

The Indian Film Industry is very one-note when it comes to its genre of films. While other genres are rearing their heads, the love-story remains it's most bankable, at many times the expense of the story itself being told. Romantic subplots are always ham fisted into films where they don't belong simply to further exploit that angle through marketing of a film prior to its release.

'Ae Dil Hai Mushkil' bucks all those conventions with a story that doesn't end with the lead couple together, but keeps them apart for the entire story, given that it's not even a love story to begin with. The movie also showcases Johar's maturity as a filmmaker, given that his first film ('Kuch Kuch Hota Hai') dealt with how a boy and girl can never be just friends, whereas his latest posits a completely different reality altogether.